Information > Towards an Open Government Manifesto

Towards an Open Government Manifesto 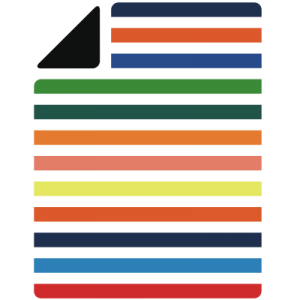 Open government is the simple but powerful idea that governments and institutions work better for citizens when they are transparent, engaging and accountable.

The Open Government Partnership (OGP) is an international initiative, bringing together over 65 countries, which aims to create a ‘race to the top’ in open government.

OGP National Action Plans must be informed by civil society. The UK are up to their third national action plan. ‘Based on a ten month project to source the best open government ideas from citizens and civil society across the UK, the manifesto puts forward key proposals for commitments for the UK’s new OGP National Action Plan.’ While the Australian Government led consultation was a far cry from this, with a three month process and hastily prepared commitments in a single day workshop in Canberra, it seemed like a useful comparison. If nothing else it shows us how much work there is yet to do.

The Canberra workshop did produce challenging and constructive draft reform commitments. The clearest and strongest of them come from those who are already lobbying government for concrete reforms, like the Extractives Industry Transparency Index. As it so happens, the Australian Government later announced outside the OGP on May 6th that it would join the EITI.

The Government led an OGP consultation process between January and March 2016. Civil society, business people, and individual participants in a short few hours whittled down over 200 suggestions into proposals for the first National Action Plan. Participants organised into small groups around themes to do this over a couple of hours. A team from Prime Minister and Cabinet then scanned and transcribed the documents we produced. Download them from the Government’s OGP wiki. In this form it is not particularly easy to discover, get a good overview of or understand their context.  So OpenAustralia Foundation researcher Micaela and I got to work to bring them out in the open.

The limitations of the Government led process is reflected in both the scope and depth of proposals included in that list. So far this is the nearest we have to a list of commitments that (until an election was called) were potentially up for consideration by Cabinet. Commitments were to be announced by July 1st.

The Australian Open Government Partnership Civil Society Network has called on our Government to take full advantage of four months grace period beyond the official deadline to engage in a more substantial dialogue.

Rather than looking at the limited work presented below as the final set of requests from Civil Society, let’s think about them as a good pilot discussion that we can build on. While the government is in caretaker mode until a new government is formed, Civil Society can continue to work together where we’re already talking together.  Let’s look out for places where transparency, accountability and participation reforms could help tackle some of the big issues we face today. I’m at the Leadership2016 summit, over two days where 120 Civil Society organisations are gathering.

When a new Government takes office, the Australian Open Government Partnership Network has called for the Government to use the extra time available to continue a national dialogue between Government and Civil Society, one that you can be get involved in and help in the coming months. Let’s work towards a set of proposals that include ambitious and feasible reforms.

As a start, these initial suggestions emerged from the Canberra Workshop in April. The network encourages discussion and debate on these and other topics:

Read summaries of these proposed commitments below.

Corruption distorts public decision making in the interests of a few, harming the fabric of society, and destroying trust between citizens and institutions. Openness is critical to uncovering and tackling corruption, in government, companies and civil society. The following commitments would help tackle corruption in Australia.

Commit to establishing an Anti-Corruption Agency.

Corruption is one of the biggest global issues of our time and yet there is currently no federal independent anti-corruption agency in Australia. In February 2016, the Senate voted to establish a Select Committee to report on establishing a National Integrity Commission. However, due to the dissolution of both the Senate and House of Representatives in May 2016, this Select Committee ceased to exist. Its Interim Report “provides an overview of Australia’[s] current anti-corruption framework, arguments for and against the establishment of a National Anti-corruption Commission (NAC), and considers how such a scheme might operate”.

Ensure that all companies that own property or participate in delivering government obligations to provide public goods, services and infrastructure will disclose who controls and benefits from their business decisions as open data.

Corruption and criminal activity thrives under conditions of secrecy. Investments in Australia can hide the proceeds of illegal activity such as money laundering, bribery and embezzlement.

Establish a voluntary payment disclosure mechanism for extractives industries companies in Australia, and work for an Asia Pacific-wide system.

Natural resources are crucial to many nations’ economic development. Good governance of these resources is crucial to a community achieving sustainable development from the extraction of its natural resources. Unfortunately we know that for many communities, opaque or unethical practices mean transparent information on how these resources are extracted, exported and taxed, is not available, and the profit from these resources are often squandered or diverted from local communities.  Domestically, transparency and corruption in extractives industries is still fundamentally an issue not being adequately addressed by current Australian policy initiatives or legislation. The Extractives Industry Transparency Initiative (EITI) is one mechanism available to address this issue.

The EITI is a domestic and voluntary reporting mechanism for extractives industries companies and Governments. Following a trial of EITI in Australia, which was completed in 2014, Civil Society has been calling for the Australian government to move ahead with implementing the full EITI standard in Australia. On May 6th, just prior to entering caretaker, the Australian Government committed to join EITI.

Whistleblowing is now considered to be among the most effective, if not the most effective, means to expose and remedy corruption, fraud and other types of wrongdoing in the public and private sectors. This is demonstrated by much existing research.

Supporting whistleblowers improves the Integrity of public resource use and provisions of public services.

The country’s first national law providing legal protection for government whistleblowers, the Public Interest Disclosure Act, was passed in July 2013 and took effect in January 2014. The Commonwealth Ombudsman (and for intelligence agencies, the Inspector-General of Intelligence and Security) oversees the new whistleblowing framework.  This protection is not extended to non-government workers. Current relative lack of protection for whistleblowers in the private sector means that wrongdoing is going unreported and any whistleblowers who do come forward are subject to retribution.

Contracting has become a significant tool for government in delivering services to citizens. To ensure the effective use of public resources and good public services for citizens, it is essential that transparency, participation and accountability follow public money into any organisation delivering public contracts. The following commitments would ensure that outsourced services are delivered efficiently and effectively, and that public money is well spent.

Contracting is an increasingly important means of delivering public services. A lack of openness in contracting means there is a lack of accountability for public funds, and missed opportunities for greater citizen control over those services. A lack of oversight of contracting information also means the government doesn’t understand its supply chain as well as it could, missing the opportunity to make procurement and use of public resources more efficient, and to reduce government exposure to supply chain risks.

The closed nature of the existing procurement processes is an obstacle for the public and private sectors.

The procurement process does not include public participation.

Citizen participation is a critical element of open government, which underpins many of the other aspects of openness by providing the vital link between transparency and accountability. In an increasingly complex world, citizens’ input is a critical resource for policy-making, with good decision-making requiring the knowledge, experiences, views and values of the public. The following commitments would help make citizen participation in government policy making more effective and meaningful.

7. Establish new ways for people to both have a voice and share other’s deliberations

There is an imbalance between the dominance of the needs of big business and the economy and the relative weakness of the public interest in deliberations about policy and legislative reform.

Civic issues are not being addressed by traditional practices.

Access to information is fundamental to open government. It embeds the right of citizens to understand the decisions that are taken on their behalf, and helps to support good governance, effective and efficient public administration, compliance with laws and regulations, and efforts to combat corruption. The following commitments would help ensure that citizens can ask questions and access information on any issue that matters to them.

Freedom of Information (FOI) laws vary across jurisdictions. Some are dated and others have been reformed, resulting in poor practical functionality and inefficient information management. This is further hindered by a risk averse culture feeding secrecy rather than facilitating information access. The Office of the Australian Information Commissioner (OAIC) brings together best practice but is not sufficiently resourced.

Data has become an increasingly important resource for understanding society and government in the twenty-first century, and developing new and more responsive services for citizens. The following commitments would help government, civil society, and business better realise the value of public data for citizens.

Lack of transparency, standards, data structures and communication protocols, both technical and organisational.

Prime Minister & Cabinet (PMC) to take the lead in developing an agreed set of standards and procedures that includes:

There’s a lack of genuine public participation in government policy design and service delivery. Processes are currently over centralised. This results in poorer quality policy development and public service delivery.

Increasing the effectiveness of government by allowing people to contribute their knowledge and ideas by:

Open government is not just about the executive; it must apply to all public institutions that impact on the lives of citizens. Parliament and courts are two such institutions that require scrutiny by citizens and civil society to ensure they operate fairly and effectively. The following commitments would help citizens to better understand and influence the workings of Parliament.

All parliamentary data should be freely available for the public to download and/or re-use.

The Australian Parliament is not adhering to its international commitments and it is not acting in concert with the Government in terms of open government.

Detailed UK versions of the above proposals, in the OGP commitment template, can be read and downloaded here.