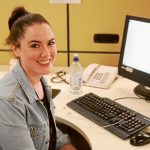 Australia is currently in the process of developing its application to become a candidate country in the Extractive Industries Transparency Initiative (EITI). EITI is commitment 1.3 in Australia’s National Action Plan for the Open Government Partnership.

(Australia will enhance disclosure of company payments and government revenues from the oil, gas and mining sectors. We will do this by implementing the Extractive Industries Transparency Initiative (EITI) Standard (including working to enhance company disclosure of payments to governments for the sale of petroleum and minerals) and by continuing to support the application of EITI principles around the world.)

Below are a few FAQ’s on EITI and what it means for Australia.

The Extractives Industry Transparency Initiative (EITI) was established in 2003 and is a voluntary initiative which requires participating governments to publish what they receive from extractive companies, those companies to publish what they pay to governments, and for these to be published in an annual report. It is envisaged as a global standard for the sustainable and transparent management of natural resources.

The process of EITI implementation is overseen by the International Secretariat in Oslo, Norway, who are also responsible for performing the validation process under which a country is found to be compliant with the EITI.

The EITI has changed significantly since inception to keep pace with the needs and priorities of implementing countries.  In 2016, the EITI released its new Standard. The most significant change for countries who participate in the EITI under the new Standard was the introduction of a Beneficial Ownership reporting requirements for extractives companies.

There are currently 51 EITI implementing countries.

Why is EITI important?

EITI has as part of the ongoing sustainable development of a country and its natural resource management, as well as to the establishment of rigorous reporting protocols within extractives industries companies that operate within that country.

The EITI is unique in that it brings together the three main actors in extractive activities: Companies, Government and Civil Society, and requires representatives from each of these groups come together to establish a Multi Stakeholder Group (MSG) to oversee the implementation of the EITI within their country. In many jurisdictions, this is the first time these groups have worked collaboratively on natural resource governance.

EITI sets a global standard of reporting. The EITI is established as an ambitious, yet achievable, level of reporting. Many countries choose to use the EITI to go beyond the requirements the Standard sets, and explore the unique challenges to their governance. For instance, numerous countries such as Peru and the Philippines, are now implementing EITI at the subnational level.

Data from EITI reports must be made public and reporting must happen on a regular basis. Reporting under EITI is more than a mechanism to ensure companies and governments are correctly declaring their payments, it can provide a powerful data set that can be used to shape policy and drive advocacy.

EITI in Australia – How does it work and what will it do?

Australia completed a domestic pilot of the EITI in 2014. Australia’s MSG released its report ‘Extractive Industries Transparency Initiative Multi-Stakeholder Group Report to Government’ in May 2015. The report states that ‘The Multi-Stakeholder Group recommends that moving to implementation of the adapted EITI model, as developed through the domestic Pilot, would be appropriate in the Australian context’.

Australia is one the largest single financial supporters of the EITI, committing $18.43 million AUD from 2006-2015.  At a country level, the process is overseen by a Multi Stakeholder Group (MSG) of Government, Industry and Civil Society representatives. In Australia, the MSG has 7 representatives from each of the stakeholder groups.

The MSG has currently had one meeting in late 2016, and is still in the process of establishing its work plan. It is intended that Australia will become a candidate EITI country by late 2017. Observers are welcome at EITI MSG meetings. The Australian EITI website is still being developed, however early information is available on the Department of Industry website.

I want to know more!

If you’d like to know more or get involved, please contact Jessie Cato – Publish What You Pay Australia National Coordinator, EITI MSG Member at Jessie.Cato@victas.uca.org.au

Alternatively, you can also contact the Australian EITI secretariat at EITI@Industry.gov.au